It’s been a while since when we have not stepped out to play football or basketball. I know we all are going through tough times and hence the dedicated gaming servers have put their front foot. We all are now bored by scrolling down our social media profiles and there is nothing new left to go through. This has resulted in non-gamers also ending up in playing online games. some of them may be just to stay connected with their friends and distant family members.  But how to keep up with this surge in online gaming?

For this only dedicated gaming, servers are working 24 crosses 7.

We have seen some enthralling they providing facts and growths in those games as well which were not playethmuch before. This has given a Golden opportunity to those startups which were fighting for registration of users. games like Winzo have seen three times more registrations recently. A game named Adda52 has claimed 50% growth in the number of new registrations. Nobody as expected this times growth in such less known games and thus the companies are over whelmed. As online gaming becoming one of the top most activities during the Corona lock down, dedicated gaming servers also have to keep their game strong. But we all have to understand that a right gaming server can break a platform. Hence choosing the right gaming server should be the top most priority to satisfy everyone’s gaming needs as well as keeping the business of the company flowing. every game needs a different kind of dedicated server.

Dedicated servers are the most popular among game hosting world. They provide com complete server environment to launch any software related to the game. Imagine yourself in a situation, you are on the last level of your favorite game, and suddenly the game freezes or connection is lost. Can there be a more frustrating moment than this? I don’t think so. Frustrating situations like these need a smart solution. To avoid these, gamers these days have started relying on dedicated services. They are a reliable source of connection with a wide bandwidth range that is deemed to be designed to suit your gaming needs. Private servers for games render smooth functioning of any game and whether playing alone or with friends. The modern-day gaming has no limitation when it comes to their requirements. Although playing alone might not require a dedicated server, but what if you plan to invite your friends in the middle. Those resources would not be enough to support such capabilities. The third-generation AMD gaming platforms are designed to offer users a lag-free gaming experience. Most of the dedicated gaming servers are equipped with an anti-DDoS protection system that adapts according to the games. They are known to manage parallel tasks, image, and video processing through online multi-player hosting. There are ample games nowadays that require a “peer-to-peer” connection and it only works if the game is hosted on the dedicated gaming server. If these heavy-duty games will not be supported by a dedicated server, then it will become unplayable.

There are many more advantages attached to dedicated gaming servers. Let’s delve each one of them one by one –

Most popular heavy duty games been played in India…

Many of the game owners have been seeing bombarding in the number of downloads of the gaming. Meanwhile when the governemnt has been banning people to sit back at home, games like PUBG or Call of Duty have seen massive turnout of people.

Apart from these heavy duty games there are small mobile games like LUdo or Srcabble are also reaching to dedicated servers to handle such huge surge in the number of players which they might have never imagined. If you are not convinced with the words then we have the numerical data as well.

Approximately 22 lakh people played PUBG last  month, still the number is far below the most played game. Google has also recorded a dramatic increase in the number of searches between January and April. This is also giving the best business to the gaming consoles of all times. Not very famous consoles like Nintendo Switch are also experiencing increased number of searches even after having big competitors like Xbox and PlayStation.

Lets narrow down to mobile gaming where PubG mobile had seen the highest number of searches. Following PubG are the games Ludo King, Temple Run, Clash of Clans, etc. The time spent on gaming has also gone up by 44% which actually touched the spike after March. The big players all around the world are missing out on that field cheering and the camaraderie. Hence big sports broadcasting giants like ESPN or Motorsport Games have come up with the idea of virtual matches to revive the players and the fans all around the world. It would be similar to a virtual concert, the only difference between both will that there will be players in the place of the players. ESPN recently broadcasted the 2020 Championship League of Legends and rising above those conventional sports like NBA, FIFA, etc.

Selecting a Gaming Server To Host

While selecting a gaming server to host heavy-duty games, there are a set of things to be kept in mind.

They are as following- 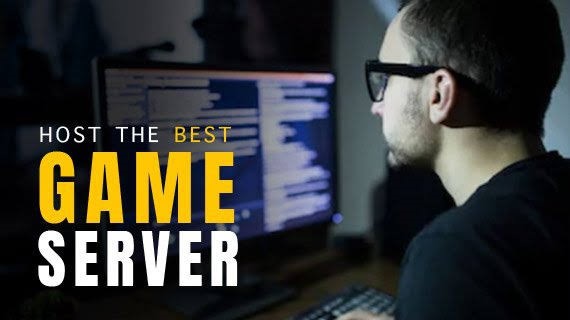 The surge in the online gaming as well as gaming servers is still going to increase and the summit is still yet to reach. Till then stay safe and happy gaming.