Start a High-Performance VPS with Ubuntu OS. Ubuntu VPS is one of the

High-performance Ubuntu VPS hosting offers system control that elevates your business performance. Ubuntu is one of the most famous distributions based on Debian and Linux. Though mostly used for desktops and PCs, Ubuntu is equally popular among VPS.

The vast community of users as well as constant development have made Ubuntu a mighty contender on Linux. Ubuntu VPS Hosting is ideal for maintaining VNC (Virtual Network Computing) remote desktops. Ubuntu as a web hosting service has proved itself robust and hence is quite popular. Built on package management system of Debian and “safe by default” belief, Ubuntu shares the reputation of Debian for reliability and stable installations (along with its own reputation for support and simple-to-use).

Ubuntu VPS Hosting at Your Fingertips!

Ubuntu is a famous Linux distribution which is widely utilized by most developers as well as considered a stable distribution platform. With all its perks implemented on the infrastructure, we at Go4Hosting will help you in saving time and unnecessary trouble.

Virtual private servers are completely customizable and flexible. With Ubuntu you can do more. Ubuntu, being an open-source open up more facets of flexibility to make your Ubuntu VPS as flexible as it can get.

Fully configurable and secure environment for applications and services with given root permissions in order to manage virtual machines dependably.

Ubuntu VPS hosting takes little time to deploy. You can expect your server to roll out within minutes of payment.

Get the Ubuntu VPS in just three easy steps! Configure the server, fill billing info and then start utilizing VPS with minimal delays.

Ubuntu comes in several versions so you can choose which one is the most apt for your VPS platform.

Our servers are highly scalable. You can send us an email and have us to add resource to the server in a blink.

Increase or decrease the scale of Linux Ubuntu VPS at client sites through adding resources or changing the data plans.

Ubuntu VPS Servers are user driven and have centralized consoles that effortlessly manage the resources for projects. You are likely to benefit from the following features when you choose our VPS hosting –

Geolocated IPs help in reducing the latency, boosting SEO capability as well as localizing online business. You will have little trouble tuning Ubuntu to the changed location settings because functions remain more or less the same. 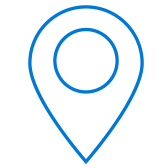 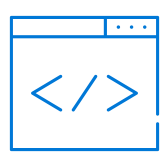 Regain access to the server via connecting through virtual console and have instant disaster recovery. Remote console allow you to manage your server from a distance without compromising on control or quality in any way.

Access the web control panel directly and avail advantage from advanced Public VPS API abilities. Ubuntu can help you deploy Public APIs in a blink. You wouldn’t find a better service than our Ubuntu VPS. 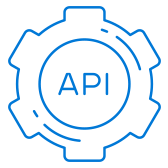 Schedule regular weekly or monthly automatic backups. Also, you can make backups manually wherever and whenever you want! 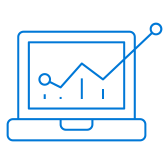 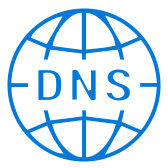