Scientists have been working to invent always a better way to store data all around the world. All the work on the objective to find out such a data storage technology that can store data for last like forever. As there is no end to the storage needs of individuals and companies they had to find staunch data storage. But no one has ever imagined that they would come up with 5D storage crystals that can provide storage space as up to 360 terabytes of data. Sounds unbelievable? 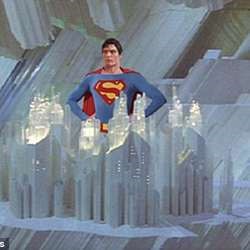 Although the storage space was a big concern the bigger concern was the longevity of the storage platform. Can there be any data storage technology that can store your data for your entire life without getting wearied? Or to put it in simple terms then how it will be if you need not have to buy hard drive ever again in your entire life?

This all may be sounding superficial to you, it’s not. According to the researchers, 5D optical storage has the capability of storing terabytes of data for billions of years. It has already surpassed your regular current in-use of storage media. Passing information from generation to generation has been a trustworthy flow of information. But obviously, this trend needs to be changed as the medium is obscured. Years back at the University of Southampton in the UK, a new way of storing databases were found. Encoding information in terms of tiny nanostructures in the glass is the real technology behind 5D storage crystals. They can take off so much of the burden from the heads of our data centers.

A typical standard-sized disc can store up to 360 terabytes of data. Are you already a fan? But wait it also promises 13.8 billion years even above the room temperature. Serving your storage space in terabytes for a lifetime and at temperatures like 180 and 190 degrees Celsius is a wonder of technology. Bring any file type and the technology will encode and will store it forever.

Now the question arises that what are these crystals made of? These are small discs that are made of fused quartz. Fused quartz glass is as it is very durable in terms of both structures as well as in chemical composition. These crystals record 5D digital data by making use of femtosecond laser writing. Earlier these discs were able to store only a few hundred KB of data. But with the technology being improved on a daily basis it has reached up to multiple terabytes now. These discs are only three inches wide and thus much smaller than your regular DVDs or Blu-ray discs. But the astonishing part is that such small quartz hard drive stores 360 TB of data. Stability is something that surprises but this is the real expectation from the glass.

The vulnerability factor is also quite low as compared to hard disk drives, flash storage, and tape drives. All of these deteriorate with time and are so vulnerable to temperature. But these Quartz crystals calm even at high-temperature spikes. The ultrafast laser-induced Nano gratings fabricated in fused quartz is responsible for limitless data storage. The information is thus conveyed in binary i.e. 1s and 0s in a single layer. These 3D optical storage techniques have proved themselves to be the ideal for writing thousands of layers in a single monolithic disc and do not even feel the need to add any additional physical layer.

A comparison between 5D storage and the conventional storage

Imagine every tweet, snap and YouTube comment ever made was preserved for eternity. Well, we have the technology for better or worse. Hence this is the incredibly mind-bending data storage technology. This is the 5-dimensional recording and retrieving process on fused quartz using a femtosecond laser rating. To break this down let’s compare this technology to a CD. Our conventional data storage technologies like CDs and DVDs have reached up to hundreds of gigabytes per square inch. Normally CDs and DVDs use three special dimensions i.e. height, length, and width. When data is read from the CDs a laser light is bounced off the disc registering a 1 when the light bounces off a bump and 0 when there is no bump. With those 1s and 0s, it can store anything from books to music to images. But this new technology of recording data using a femtosecond laser on fused quartz disc is not making a bump like a CD or a pit like a vinyl record. Instead, it’s creating self-assembled nanostructures which are layers of the 3D dots called Nano-grating. This Nano-grating produces birefringence in the quartz bringing out optical properties rooted in its refractive index. Scientists are taking advantage of this birefringence to access to two new optical dimensions.

When data is read from 5-dimensional quartz the light being bounced back and read depending on the nanograting’s orientation which is the fourth dimension. The varied strength of the laser’s light refracted by the structure is the fifth dimension. Now add these two to the traditional dimensions and you get 5 dimensions.

Now the new 5 dimensions on fused quartz are such as –

By taking advantage of multiple dimensions each spot on the glass can store 3 different bits of information. One file is written on 3 layers of nanostructured dots and each separated by 5 micrometers which a one-millionth of a meter (less than 0.0002 inches). This means that it is incredibly densely packed and with so much data stored inside a tiny way. With so much data stored the implications are huge. You can imagine this as a single crystal storing 360 terabytes of data which is freakily amazing. Thus it means that a single crystal can store the whole of the King James Bible. The holy Bible stored on a single quartz crystal

While the information on a CD is superficial and can be scratched off, the data stored in quartz is safe within the structure of the extremely resilient material. It can withstand temperatures as high as 1832 degrees Fahrenheit (or 1000 degrees Celsius as mentioned before). This kind of technology could change the way we store every data. No more worrying about degrading a videotape or scratching a disk. The whole of human history could be saved in a format that could well outlive the human race.

But when it comes to life they just couldn’t extend it up to a decade. Whereas DNA based data storage can hold hundreds of terabytes per gram. But they also fail at the durability factor. But 5D storage technologies have already won millions of hearts by allowing unprecedented properties and the best out of all is the thermal stability up to 1000 degrees Celsius. Hence this is the best we could gift to our future generation for billions of years.

Rea More at : Data Can Be Streamlined With Online Data Storage

One thought on “5D Storage Crystals: The Superman of the Storage World”