Since we have been introduced to the word “Cloud” the very first technology that pops up in our head are the Virtual Machines (VMs). As we have been stuck to the standard services of the virtual technology and were satisfied with its advantages we forgot that there is more to this technology. But research in technology stops for no one. This lead to the development of much more lightweight, economical and scalable than virtual machines. Hence, here is the “Docker image” technology which gave a new definition to the virtualization. 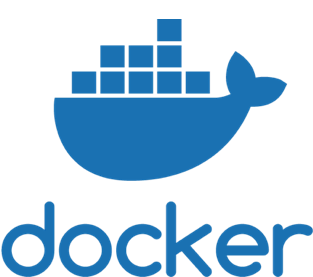 Docker is a tool that makes use of the containers to create, deploy and run applications more smoothly.

What is Docker Image?

You must have heard about snapshots? Images within a virtual machine are generally termed as snapshots. But within a Docker container, the images are named as “Docker images”. Unlike snapshots, Docker images cannot be modified or deleted. There are plenty of actions that you can perform with the help of a Docker image are-

There is a difference between Docker image and containers also, let’s learn about that –

Difference Between Docker Image and Container There are some point of differences between VMs and Docker containers that makes Dockers more special technology in demand.

This table of difference will clear it out more- The unique infrastructure of Docker container

A Docker image is built up into layers and not just any random layer. Each layer represents an instruction that is further stored in that specific image’s Dockerfile. The Dockerfile is made up of 4 commands which all together create a layer. Commands performing tasks like copying, making or running are stored in your Docker client’s current directory. The last layer of that individual image is further transferred to the rest of the images of the container and acted accordingly.

These layers are stacked such that they look like one row on top of the other similar to rack spaces. There is a container layer which is the writable layer added on top of the already existing layers. The structure of a Docker container is designed in such a way that an action performed on this container layer will be running throughout the container like a domino action. Hence, actions like writing new files, modifying the existing or deleting them are all performed on that single layer.

The Docker makes use of storage drivers to manage all these layers of images. Although the storage drivers implement differently all these use a stackable form of layering technique which is based on the CoW (copy-on-write) strategy.

Why Dockers are Great for Start-ups and Big Enterprises?

Start-ups during their very initial stage face a lot of problems with maintaining a balance among environments of development and production as well as of Quality Analysis. This balance is important to be managed as a problem occurring in any of the departments can crash the entire system.

Hence, maintaining consistency among all these departments becomes a crucial task for any start-up who already lacks in the financial quotient. As it is they require the same environment in which an application has been build up and the platform on which it has to be tested. This equality can only be brought through Dockers. The Dockers are built so constantly and are so well structured that they help in bringing that desired consistency. Here are some advantages that Dockers bring into the environment- Thus employing Docker for your Start-up or big enterprise is always helpful. It will optimize your overall workflow and will reduce the time that was wasted before in managing the overall tasks in the environment. Till then wait for any other better technology than Docker container to be developed in the future.